A Cult of Crisis 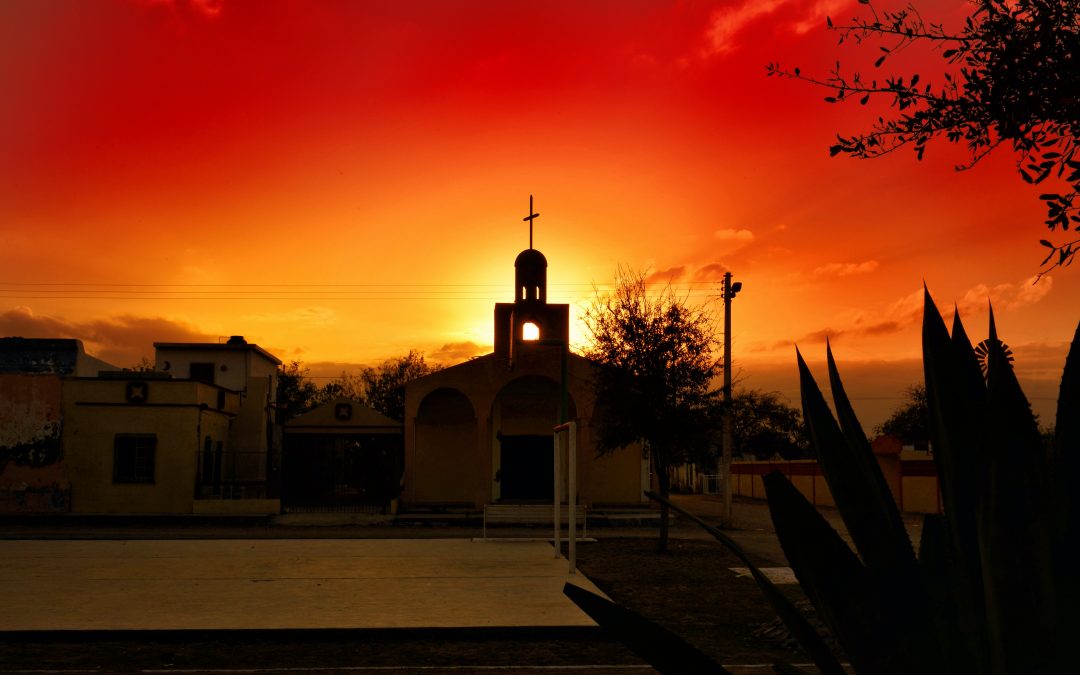 Two weeks ago, a young man entered and sat at the back of a worship celebration of a new church plant in our Association. He had been invited to attend several times, but this was the first time visited. At the end of worship, the church planter engaged him in conversation. Prominent on the young man’s arm was a tattoo of Our Lady of the Holy Death, and this was the topic that troubled him. By the end of the conversation he prayed to receive Christ and prayed to renounce his vows to the “Saint of Death,” as she is known.

La Santa Muerte, or Holy Death, is a cult rooted in Mexican indigenous beliefs that has morphed through time to encompass a wider variety of representations. As one article states: “In every culture across the globe there is some reference or myth about death personified. The image of death is represented as a grim reaper, a keeper of the underworld, a faceless phantom, and, in Mexico, it’s la Santa Muerte.”[1]

Though rejected by the Roman Catholic Church and by many Latin American Protestant churches as black magic, trickery and a form of inadvertent devil-worship, the cult to la Santa Muerte has grown from clandestine individual home worship in Mexico through the 1990s to open veneration that involves “an estimated 10-12 million followers, and is the single fastest-growing new religious movement in the Americas.”[2]

It is found here in cities such as New York, Chicago, Houston, San Antonio, Tucson, and Los Angeles. In places such as northern California and New Orleans, chapels dedicated to venerating it are now sponsored by non-Hispanic White devotees.

Our Lady of the Holy Death is depicted as a skeletal figure dressed in a variety of ways to rival the Virgin of Guadalupe. Although she is a personification of death, her followers do not see her as a dead human being, but as a very powerful miracle worker and conveyer of healing and protection (including Coronavirus), financial wellbeing, and assurance of a path to the afterlife. She is marked out as female not by her figure but by her attire and hair.

She is not perceived by her followers as a Satanic symbol, but as “one under God’s leadership, as one of His workers, and a necessary part of every human’s life cycle.”[3]

Most of her rites are modeled after Catholic liturgy, particularly the use of a rosary and votive candles of various colors and prayers associated with each color’s meaning.

The four most utilized colors are red, white, gold, and black. Red symbolizes matters of the heart (pursuance of a new love or ending an existing love to pursue a new one). White symbolizes gratitude and consecration. Gold symbolizes monetary affairs. Black symbolizes protection and vengeance. Each motive requires specific rituals and ingredients and must be carried out in specific ways.

Most devotees are from either the urban working class—young people in their teens, twenties, or thirties, or from poor rural backgrounds. They have scarce resources and see themselves excluded from economic, judicial and educational opportunities. Thus, anthropologists call their devotion a “cult of crisis”.

What brought this young man to church was a crisis. He had been plagued on reoccurring nights with nightmares and apparitions. The Holy Spirit used these to confront him through despair and remind him of the church planter who had spoken with him on several occasions. God had also prepared this church planter through similar experiences with others bound by Satan, and he was ready to help this man find the true Source of healing and wellbeing.

As I consider what happened two weeks ago, I am reminded of several things:

May we pray for this young man and others dealing with their own crises and be used by God to further His Kingdom here!